Since I ended my beginning of the year convention crunch, I've been working on Big Project (tm), and some other things! Naturally it's kept me pretty busy, but also at the same time I've been becoming a bit of a stir-crazy hermit. Thankfully I have not been tossed out the window yet!

If you know me (and you might? You might not? but that's okay), you'll know I'm not usually the biggest fan of last-minute plans. I tend to have my weekend projects planned out, and having that interrupted makes me a little nutty. Well, I happened to have been contacted by an artist pal of mine (Tiny T-Rex Studios) that she had space at half her table (a friend who was going to use that half of the table was unable to make it).

I had just recently had to back out of a convention, much to my sadness (they were moving to a smaller locale and other reasons. I'm still hoping to attend that convention at least on Saturday assuming it still goes on as planned). I was super bummed that I had to do that, and I wouldn't have a show I'm vending at until February, assuming I could get back into Katsucon.

So when she asked, I checked with Dave to get his thoughts. Mostly because we're working on that immense armor project, and I wanted to make sure we could still get all the stuff done in time for Gencon (which is coming along nicely by the way!).

I think I might be too stir crazy cause he issued a very quick YES PLEASE GO BE SOCIAL I'LL CUT OUT FOAM WHILE YOU'RE GONE. 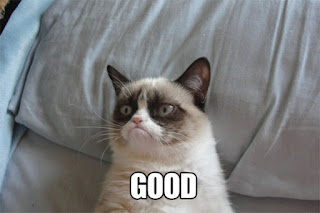 Long story short, I'll be attending/vending at IKASUCON in Fort Wayne IN (don't laugh, we all know Fort Wayne hates me, maybe if I'm actually STOPPING inside it, it'll stop being mean to me)!

{PRETEND I HAVE AN IKASUCON LOGO HERE!}

I'll be in the artist's alley with some of my wares, and doing commissions. Chances are likely I'll be in plainclothes all weekend, maybe with a fancy wig on instead? I'm kinda using it to relax a bit.

Come find me, get a print, get a commission, generally nerd out with meeeeeeeeee!