Since it's the beginning of the Holiday season, I figured it was high time to add some more things to the Etsy shop! I'm working on getting the best pictures I can for all these things, but I wanted to show you guys a preview of what's coming.

OTHER THINGS I'LL HAVE IN THE SHOP

Where did November GO?! Egads. When I wasn't looking it just WOOSHED by.

Well, in an effort to get back on track, I finished up all the commission from Youmacon, did a commission for a small convention called Marmalade Dog (which takes place at Western Michigan University), and I have one other commission left to do, but first, I gotta get my store ready for the Holiday Shopping season.

I'm very weird about the Holidays. I still keep my demarcation lines very strictly - mainly that anything Christmas cannot (absolutely CANNOT) come before Thanksgiving. Seeing all these malls and stores already offering "Black Friday" deals ahead of time, and then giving bizarre hours that you can come and get even MORE of a discount is very frustrating to me.

So much that I can't walk through a mall right now without getting absolutely infuriated and having to leave. But I won't bore you with my Christmas ramblings and rants right now. What I'm getting at is that I'm updating the store around Thanksgiving! And all the stuff I'll have in there are a lot of new products, some old badge sets and artwork this time! :)

So until my next post (I've got some I've been working on, they're just not ready yet!), I'm going to leave you with some of my commissions I did from Youmacon (and finally finished up!) 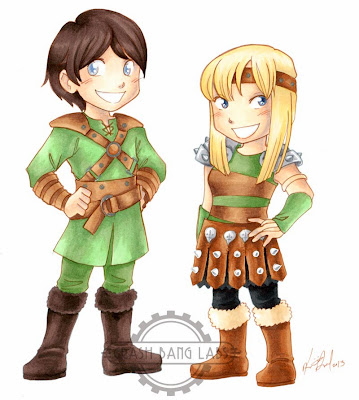 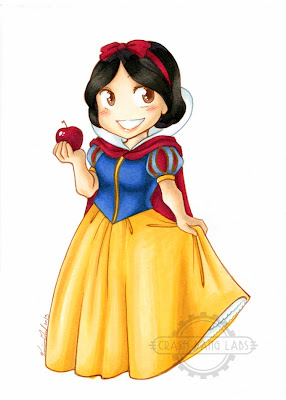 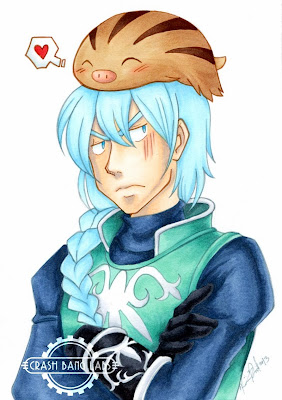 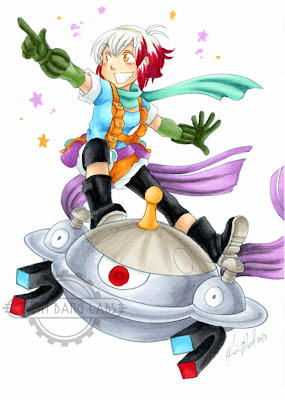 WOW. What a whirlwind weekend I just had. For those keeping score, this past weekend I attended, vended, and performed at Youmacon.

For those of you long time readers, you’ll remember the last year I went to Youmacon I did not vend, and I had a rather disappointing experience. But like I do for all conventions, I like to give them a “probation year” to see if it was just a fluke that one time...

And they won me back.

While there may have been other hang ups as they’re still figuring out registration and similar background things, most of my experience is from the Artist Alley and Masquerade participant point of view. So I’m back and ready to report on my experiences!

I will also apologize right now, because I forgot my camera one day, and then I was running around like a crazy person so I forgot to take pictures. I’m working on fixing this. I will see what I can dig out of whatever I DID take…

A large amount of events were taking place in the COBO this year (from vendors, to panels, to game rooms and what have you), so there was a lot more traffic in the convention center this time compared to the prior year. Even just walking through the hallways past all the people waiting for registration I had an honest to goodness “this is a legit convention” vibe to it. I’m used to going to huge events like ACEN and GenCon, so to get that feel from Youma after all these years, it was a good start.

Check in went pretty smoothly and they had a TON of booths. In fact, they had so many, they found they had extra space, and a friend of mine (Rajamitsu) was able to get a table in at the last minute and came up to vend! We went and got our stuff from the car (from the very convenient rooftop parking) and set up pretty quickly. The aisles were huge, the space behind the booths were plentiful, and the tables were 8 FEET LONG. I could not have asked for a better set up!

My cohort however, was originally placed back in the boonies but thankfully was able to move her table after the 4:00 cut off, so we got her into a better location to get her some more traffic, which I think helped out. Traffic on Friday was slow as usual, with a lot of browsing but that’s normal! Saturday I had a lot of masquerade stuff to do, and a bunch of it ended up running late so I didn’t spend as much time at the booth as I had wanted, but apparently sales went well.

Sunday, I was dead from the Masquerade so I sat at the table in plainclothes, and tear down and clean up was pretty painless.

Overall, I had a great time and I certainly am going to try to vend there again next year! The staff really did a good job this year, at least in regards to the Alley and Dealer hall, so I commend you guys for making it a good experience!

I did have some general complaints about the alley, but they were all things that the convention really had no control over:

Okay. Time for me to have a little chat with the artists here. I always consider one of life’s big rules is that “if it is not yours, do not take it”. Within 20 minutes of finding the table, setting our programs on the chair, and then retrieving our booth from the car, our one chair was stolen. Seriously guys, if it’s not yours DON’T TAKE IT. I know you’re stressed and trying to get your booth set up, but had it not occurred to you that the other tables, oh I don’t know, belonged to other artists? Like rational humans, I went and asked the head of the alley what to do, and she pointed us to a place to get chairs in the back. See? A solution without stealing from others.

There were only one or two of you, but I feel the need to shake a finger at you. I know that being in the boonies with a bunch of empty tables sucks. I won’t argue with you one bit. If you asked, you’d find out that after 4 pm you could go and register to sit at a different empty table. Just because you didn’t get the perfect spot does not give you the authority to just pick up and move. You start this, and then you take somebody’s spot, and then fighting starts, and then NOBODY gets to move EVER, and then you’ll be stuck in your bad spot forever. If we all follow the rules, the staff will be more encouraged to help us because we are polite and respectful of them.

And truthfully, it was Friday. Nobody buys anything on Friday. They’re browsing. You’re not really going to be losing ANY SALES by waiting until 4. The hall was open till 7:30 anyway! That’s way later than normal alleys.

Now if they could move the moving time up to like... say.... "when the platinum badges are allowed in" or "when hall opens for regular attendees" that might be helpful if there's a ton of open spots still...

Artists Checking In, then Never Appearing

There appeared to be a bit of a problem in the alley (and not just with near me) where artists would check in with the AA head, and then just… never appear. But because they had checked in, the table was claimed and could not be moved into. There were about 4-5 booths in the front islands that were just… vacant.

Now, I hope that the people who were supposed to be my neighbors are okay. I’m going with the benefit of the doubt that some personal emergency showed up and that’s why they never came all weekend (we were having flat tire issues at Crash Bang). However, from a business standpoint this was very rude and made it hard to get some customers. They’d see the space and just pass over the next one. I put one of my tarps on it, to at least give the illusion of a booth so it wasn’t so… empty looking. I guess I’m just wondering if there’s a way to send a runner, or get a hotline or FB message or SOMETHING to let the staff know the table will be open…

Now, for those who are also long time readers, last year I participated in the Masquerade and had an AWFUL time. I was pretty graphic about my thoughts too. But, in the essence of an olive branch, I decided to try again, and I was with a group and we were going to perform, so I wasn’t too worried about getting judged (even though it was craftsmanship). We had been running late due to traffic (our group leader, Luna, got caught in construction accidents), so they were taking the people after us in efforts to stay on time. Which was a great move on the staff’s part. When she arrived, we got dressed, and headed inside. (We also did hallway masquerade, and we did that judging the day before, we entered Peter and Alice).

We were going to do our skit run through, but first was the craftsmanship judging. From the first moment it was a TOTALLY DIFFERENT EXPERIENCE from last year. The judges approached us, and because we were in the master’s category, they went straight for my seams. They were asking general questions like “Tell us about how you made your costume” and followed up my dialogue with, “And what was this painted with? What type of materials did you use?” They seemed really interested in the actual construction of the costumes. And honestly, this was the same for the Hallway Judges too. They were superb.

We finished, did our run through, and then went and had a photoshoot. After some rest, we went to the greenroom and waited. There were only a handful of performances this year, but they were well done. Everything prerecorded, and there was a lot of dancing/song based skits rather than just straight up dialogue.

Then came the awards, and I was wondering if I’d have déjà vu from last year.

EVERY. SINGLE. WINNER was complimented on their craftsmanship, silhouettes, seams, bias tape, you name it. Not one iota about “oh they were in character”. It was all craftsmanship base, and I honestly could not find ONE complaint about any of the winners. Heck, I even enjoyed the halftime show this year – he had some good material! I laughed!

Oh, and we got Best Masters in Hallway and Best in Show for performance and craftsmanship. And yes, the trophy is still 6 feet tall.

So now, I'm off to finish those outstanding commissions and get down to the comicking business. I have a Tangering #3 to pen, and more Sky's End to make before Anime Crossroads! I should be updating more often now that Youmacon is over. :)
Posted by Karmada No comments: