I signed up for a show called InConJunction down in Indy the first weekend of July - it looks like a little sci-fi/fantasy con so I'm working on some new artworks to display or sell at my table along with my comic.
Secondly, was what I liked to call YOUMAWATCH 2013. Namely, when the alley was opening. This has been elusive for the past couple years, with last year reaching the height of confusion when sign up wasn't until I think September (for a show at the end of October). However, they were at least somewhat pro-active and got the sign up opened at a decent time for us to prepare this year.

So, yes! This means I will be vending at Youmacon this year. Tell all your friends! I hope to have a lot of cool stuff on hand (more artwork, comics, etc!)

My thoughts on the process were mixed. If you've combed the forums you'd pick up really fast that the artists are a tad disgruntled. The staff doesn't want to deal with us apparently (at least according to last year), and I can't blame them sometimes. However, at the same time, the show brings the dissent on themselves due to a slight lack of professionalism from some of the staff (not all of them though!).

I say slight because they do other awesome things, and some stuff was out of their control and I'm not going to blame them for that. *coughwristbandscough*

THE GOOD: Fastest sign up I think I ever had. Not sure if the servers were just that good, or so few were trying to sign up. Not sure. No hang ups though.

THE WEIRD: Having to pay in full before fully getting accepted. That's weird. Please, if that's how your back end of the system works, I'd suggest trying to change it a little... Namely, having to process a bunch of refunds in the case of overbooking, that seems like a LOT more effort than just sending out confirmation sign up links. (speaking as a computer person)

THE BAD: We were given a two day window that the alley sign up would open. The first of the two days, nobody appeared to be on the forums, except the artists, and we didn't get any sort of confirm until at least 2/3rds of the way through the first day that it would be opening the NEXT day. Also, during the sign up, staff was few and far between, and provided kind of vague answers.

But I got signed up, and I'm mostly not confused. Now here's hoping the location gets fixed a little so we're not all in the back, eh?

OVERALL: It's a start. 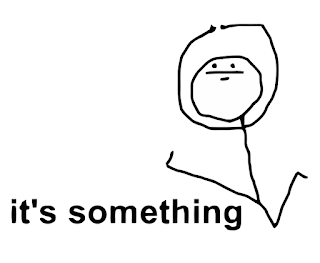