Because my post got really long, I wanted to feature a post of the couple of other cosplays I took a picture of, along with the commissions I worked on! All my commissions can be seen on the Crash Bang Labs facebook page.

Here's the few costumes I snapped a pic of.

Namely because I saw them and went OMG I NEED THAT.

First off, is this lovely lady from Madoka Magica - it's the first witch they fight. This was ingenious and it made me smile! It looks JUST like the creature from the show. 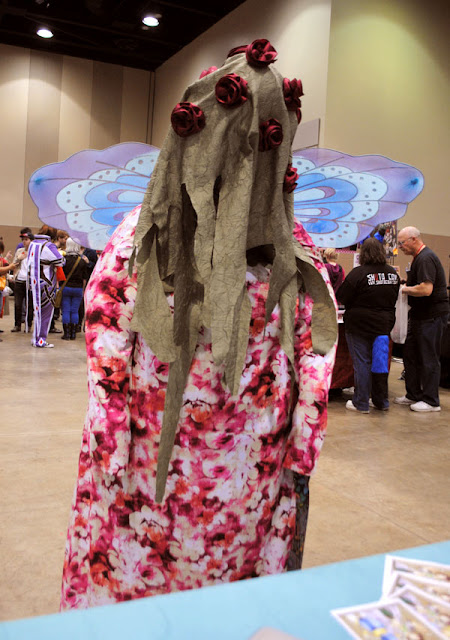 Next up, was one of my new favorite characters: NORTH from Rise of the Guardians.

Even had the big booming voice. I'm still determined to make this for Aris one of these days. He's super tall, I just need to make him a padded suit since he's really skinny. 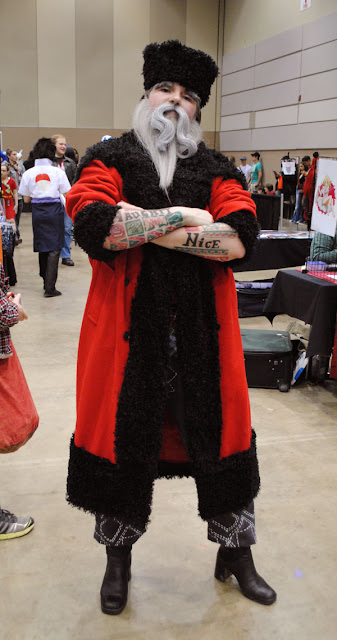 Here are the commissions I worked on during and after the show:

And then I had one straggler at Anime Park...

And thus ends my run on conventions! Hopefully I'll have some fabulous pictures from Anime Central (I've got some fun stuff planned).

Expect more updates more frequently as I'm catching up on all this stuff!