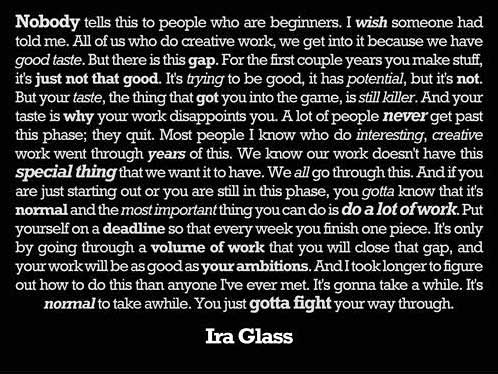 I am not a big fan of Facebook (I use it to keep up with other conventions, and promote my own events mostly), but every once in a while something amazing comes by.

I just wanted to share.
Posted by Karmada 2 comments:

So remember when I was telling you about some setbacks when it came to our Cafe Kichi costumes? Yeeeeeah, one of those was my wig didn't arrive (even though I had ordered it over a month ago). Apparently the post office it arrived at claimed it "couldn't read the label" and then sent it back to Hong Kong.

I had to find a blonde wig, style AND dye it greenish colored in 2 days because of this hoopla.

I had the seller on ebay re-send it to me (having to pay for shipping again).

Well it arrived finally. And NOW I think I see why they couldn't "read" the label the first time.

They probably tore open the bag in the customs process and ripped the label. At least, that's what I'm hoping, because the envelope has all the labels printed/typed/stamped in legible English.


I'm not blaming the ebay seller. I'm pinning this totally on the USPS and customs system.

ANYWAY. The wig is here, it's in tact, and looks like it wasn't damaged.

Props to the local post office (not the one from before) actually trying to make sure this got to me. I mean, hey, they did put in a bag. They coulda just sent the ripped up bag and hoped the wig stayed in it.
Posted by Karmada 5 comments:

It's been a little while - and I've of course been keeping super busy - but I had my final convention of the summer  season pop up on me: Anime World Chicago!

It's a con in it's first year, and I signed up to do some cosplay panels under the title Crash Bang Cosplay! So here is the recap of our hilarious derpness that was AWC!

Thursday we left after Dave got out of work, and picked up Sil along the way (it seemed silly to make us drive separately). Thanks to construction traffic and morons, we did not get in until 10:30ish Chicago time. (We had forgotten that we go BACK IN TIME when we hit IL).


Needless to say, we should have remembered this, as it will prove useful at the end of our journey.

We got up, and since nothing was really going on until 1, we decided to work on our costumes some more. Oh yeah, to catch you up, we were making the main waiters from a series called Cafe Kichijouji de, and we wanted to enter AWC's costume contest. Well thanks to setbacks, problems, and the like, we were forced to finish the sewing in the room. I'm not talkin' buttons, I'm talkin' 3 sewing machines set up in the room with honest to goodness sewing.

If anybody has ever seen my panels...all I have to say is NEVER DO THIS. IT IS NOT FUN. We were ecstatic when we got them mostly finished that morning. So we then changed into some costumes and headed out to take pictures and wait for my panels!

I was wearing F'lhammin, Sil was in Fuu, and Amanda was in Alice Liddel. (Picture shows Alice, F'lhammin, Fuu, in that order) It was a very girly day indeed!


It was pretty quiet the first day, so we spent some time in the pool deck with it's awesome architecture, and took photos. I did learn later that I need to invest in a reflector for photographing people. *writes down note to self*

You can see our photos of the first day here: Alice Liddel, Fuu, F'lhaminn

Time passed, and we went out to dinner, and then did our slew of 3 panels. It was a lot of fun, and from what I hear everybody learned a lot! If you're new to the blog, and came here from my business card, HI! It's good to see you.

Other things I did this day were: Entered the hallway contest as F'lhammin, found a CAFE KICHIJOUJI DE stamp set, and derped it up.

Went home, finished up our buttons and whatever, and then went to sleep on the BEST BEDS EVARRRRRRRRR.


This was our big Cosplay Debut day! We all donned our waiter outfits, and headed out!


Found out that a giant storm was rolling through. Definitely made sure to stay inside. Ech! We had a lot of pictures taken of us, and we had to explain to a LOT of people who we were. I was kind of shocked that people took our pictures.  We were also mistaken for:

You'd think the crazy hair would be a tip off, but we had a LOT of people go "Um do you know when the shuttle arrives?" hahahaha, you crazy people.

Went and got ourselves judged for the craftsmanship, and after dropping out of the performance side, we got pressured to join back up, so the four of us headed off to think of something to do on stage. This last minute planning would prove advantageous to us, as within 20 minutes we had our choreography and a couple hours later, we had the PERFECT music to use (thank you hard drive with all your classical music on it). Went and did the skit review and we were IN! We then practiced in the hallway later that day like CRAZYFOLKS.

Other fun stuff before masq:

The chef of the cafe came up to us and was joking all like "Hey we need your help!". And then he offered to LET US IN THE CAFE TO DO A PHOTOSHOOT OMG. So we took the nice camera, and had a good session in the cafe. :D You can see all the pictures HERE: Cafe Kichijouji de

THEN we found out there was a dessert cafe, and since we didn't have a ton to do - we tried to volunteer. Didn't need our help for that one, but they DID say they might need us at the guest cafe. We said "SURE WHY NOT?" and went on our merry way.

Had some pictures taken by The Enthusiasts! That was fun.


Then we went to Masq. It's pretty much standard rigamarole for me, but it was pretty exciting nonetheless. They had our music queued up and ON WE WENT (we were the last skit). It went pretty well, and for last minute prep, it was a lot of fun!


Turns out we got Best in Show. Not only did we make all our costumes, but our skit was apparently quite accessible to all the crowd (as in, you didn't need to know what we were from to enjoy it). So thank you AWC for your award! (I also got 2nd place for F'lhammin in the hallway contest. :P Thanks for voting!)

....hilarious side effect: I've now got two other members of Crash Bang to fall on if we do groups, cause they can't stop raving about how fun it was! SEE. I TOLD YOU SO.


Sunday was a tad hectic, but we got all dressed and headed out to the Guest Cafe (we packed the car later). Turns out they used us as ACTUAL wait staff, and we served all the guests there, so the Guests could take more time to talk with the people in there. The convention staff was pretty happy we were there and we had a TON of fun too (sorry to the guy I totally dropped the granola on. There's reasons why I play the Assistant Manager! I'm not supposed to be doing this!). We'd certainly bring back Cafe Kichijouji de to help them again.

Amanda and I then changed into Vampire Knight (again!) and derped it up the rest of the day. We wandered about - went and had lunch at the Staff Cafe (our thanks for working at the Guest Cafe), had some hilarious conversations, then went out and took VK pictures.


You can see our photoshoot here: Vampire Knight at AWC

Then we packed up, cleaned up, and hopped in the car to head home.

The trip home...was....unpleasant. It took us 9 hours to drive from Chicago to home. I've never had a problem with downtown Chicago traffic. Yes, there are a lot of cars, but it moves, and you just have to realize that they're all probably going to try to kill you at some point.


So, thinking it was a standard Sunday Afternoon, we dove into the "express lanes" to bypass all the slow cars...only to come to a halt. For 3 hours. It took us 3 hours to barely get through half of Chicago, and were were STUCK in the express lane with no exits. I quickly regretted my choice of buying a drink at the gas station.

We dove off on an exit we used last time (after our 3 hour travel), and discovered that there was some sort of accident in the middle of where all three freeways meet in a junction. NOBODY WAS MOVING. Turns out a semi jackknifed and fell over and they were having difficulties getting it upright again.

After getting out of that mess, we then traveled relatively unhindered the rest of the way. Unfortunately it means Dave and I got back around 1:30 am, and unpacked the car and whatever. I was a total zombie corpse on Monday as was Dave, so we took the day off as a "sick day" as we were barely able to figure out what time or day it was.
Posted by Karmada 2 comments:

Yeesh. It's been almost a month from AWC and I've almost got those pictures ready for you. I don't like to post unless I have a picture to go with it.

For those who don't know, apparently September is NATIONAL SEWING MONTH!

A good blogger friend of mine TrishStuff, has been running the gauntlet and actually posting something sewing related EACH DAY.  That, my friends, is stamina.
Stamina I never seem to have. So bless you, TrishStuff! May you fill this month with sewing data and info!
If we're lucky, I'll finally get around to getting all those AWC pictures and write ups posted, along with starting the next cosplay projects. We'll count that as my contribution for Sewing Month. :P
Meanwhile, I'm headed back to work on my Model Garments this week for work!
HAPPY SEWING!
Posted by Karmada 1 comment: